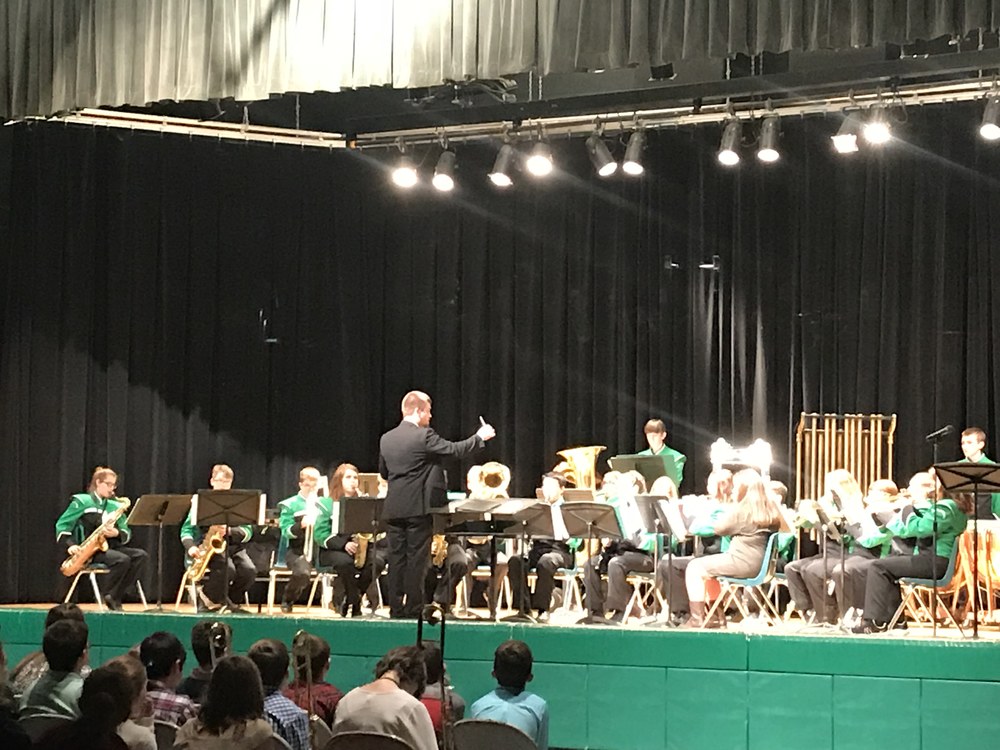 Great job to the Band students and Mr. Myers on the 2017 Holiday Band Concert.  The students all showed their eagerness to share the holiday songs with the crowd.  Songs such as Jingle Bells, Sleigh Bells and other holiday classics were enjoyed by members in the crowd.

Again, we would like to thank the parents and the community for their support.  A shout out goes to Mr. Chase Myers on his first band concert as the High School Band Director.